Today’s morning Mass was beautiful and amazing, for too many reasons to mention on my post, because it would take too much time to explain them all.  However, yesterday’s Mass was amazing for another reason, and it was what motivated this post.  Every once in a while, I get to really get into the readings before they are proclaimed at Mass.  Yesterday, the first reading really challenged me because of the tone that was so dark.  It ended with the Israelites being defeated by the Philistines, and the ark of the covenant being captured. It was the sense of despair that I felt creeping in to my heart as I read the first reading that prompted me to read the context of this reading.  It was 1 Samuel, chapter 4, and you can read it by clicking the hyperlink.  At the end of the chapter, we hear about Eli’s daughter-in-law who gave birth to a son, and named him Ichabod, because the ark of the covenant was no longer in Israel, and she said, “Gone is the glory from Israel”.   Our understanding of the name Ichabod is largely related to the Ichabod Crane character from Disney and “Sleepy Hollow” fame, but this version from the Bible has so much more to tell us.  The history and tradition of Phinehas’ son, Ichabod, is not very clear, but the history of what happened to the ark of the covenant next is very clear, and I believe, quite revealing.

If you read on in the book of Samuel about what the Philistines did with the ark and how the gods that they followed were placed in a place of submission to the God of the Israelites that was to be found in the ark, you will see that there was no doubt in these foreigner’s minds that the ark had power.  So much so, that they ended up returning it to the Israelites without a fight.

Even for non-Catholics, it is important to show reverence for the tabernacle and the Body and Blood of Christ that we call the Eucharist, because as the Philistines showed us, lack of reverence for the one true God can lead to bad things.  Please take a moment and thank God for allowing our country to bow down and worship the one true God in communion with the millions of other believers in the world today. 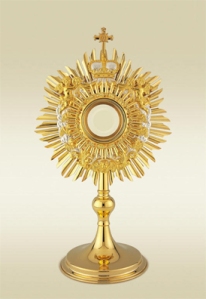 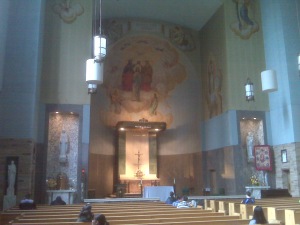 Inside the church, at the grotto… 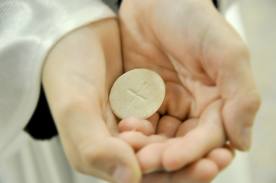